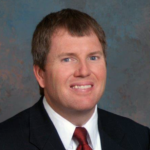 Brian Shull has served as Director of Economic Development for the City of Harrisonburg since 1998.  A native of Virginia’s beautiful Shenandoah Valley, he has had the pleasure of directing local and regional economic development initiatives in this thriving area of the Commonwealth for nearly 30 years.  Significant projects that he has worked on include multiple expansions for Rosetta Stone, serving on the recruitment team for SRI International’s Center for Advanced Drug Research, and serving as lead development manager for Harrisonburg Technology Park.

Shull has an Economics degree from the College of William & Mary and he is a graduate of the Economic Development Institute at the University of Oklahoma.  Shull is a past President of the Virginia Economic Developers Association and received VEDA’s prestigious Cardinal Award in 2014. 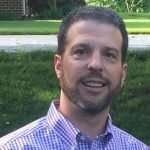 Peirce Macgill is the Assistant Director of Economic Development for the City of Harrisonburg, working to grow and attract businesses to the city.  Prior to joining the city, Peirce spent 15 years working in economic development for Baltimore County, MD and Anne Arundel County, MD serving in business development and commercial revitalization roles.  Prior to his economic development experience, he worked as a Constituent Services Representative in the office of United States Senator Chuck Robb.

Peirce earned both his Bachelor of Arts in Political Science and his Masters in Public Administration from James Madison University.  In 2010, he earned the designation of Certified Economic Developer (CEcD) from the International Economic Development Council.