From its modest beginnings in 1908, James Madison University (JMU) has grown to become one of Virginia’s premier institutions of higher education and one of the nation’s top comprehensive universities. The university now enrolls over 21,000 students, with 3,745 full and part-time faculty and staff, and it has an annual operating budget of approximately $500 million.

At its current level of operations, James Madison University has a significant impact on the economies of the City of Harrisonburg, Rockingham County and the Commonwealth of Virginia. Dr. Terance Rephann with the Weldon Cooper Center for Public Service investigated that impact. This investigation was based on fiscal year 2015 spending for JMU operations and capital projects, summer 2014 through spring 2015 student spending, and calendar year 2015 compensation to employees.

Below are highlights taken from the economic impact report.  The entire report can be viewed on JMU’s website.

JMU has been the fastest growing four-year public institution in the state over the last two decades.  Enrollment grew 84 percent from Fall 1992 to Fall 2014, compared to an average 31 percent growth rate for all public four-year institutions. 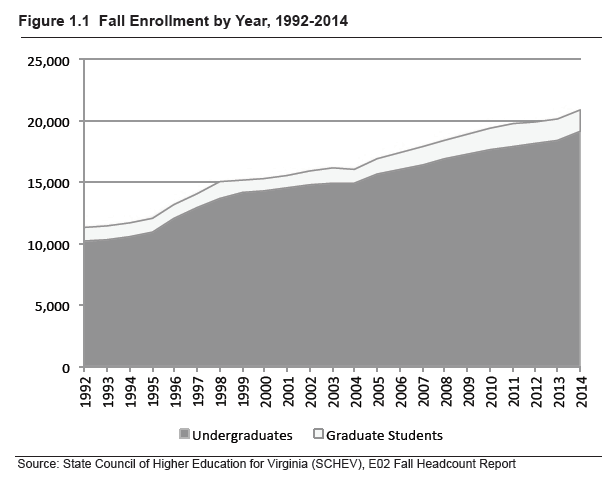 In FY 2015, more than half of JMU spending occurred within the Harrisonburg Metropolitan Area.  Of this local spending, 61 percent consists of faculty and staff payroll. 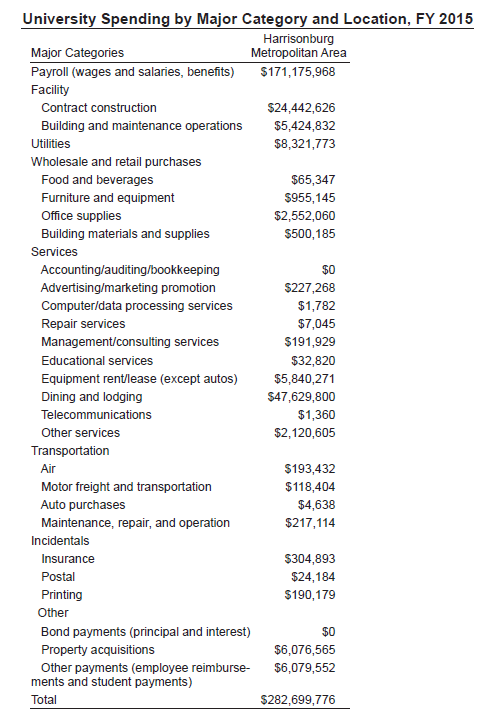 Economic Effect of University Spending on Local and State Economies

An analysis of FY 2015 spending by JMU, faculty and staff, students, retirees, and visitors found that $474 million was spent in the Harrisonburg Metropolitan Area.  Additionally, the local spending accounted for 3,745 direct JMU jobs and 4,676 non-JMU jobs. 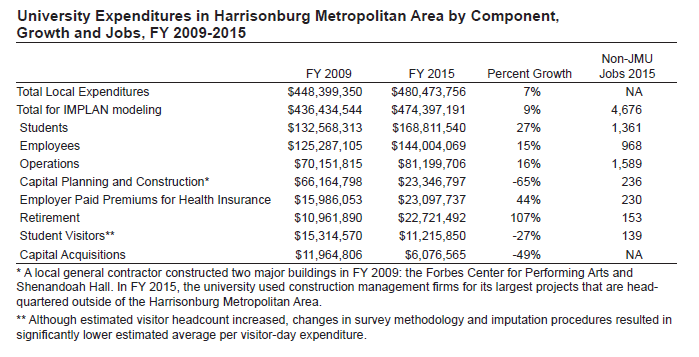 JMU faculty, students, and staff are active in applying for external funding to support research, instruction, outreach, and other activities.  Many of these applications are interdisciplinary in nature and submitted in partnership with other external partners.  In FY 2015, JMU R&D expenditures totaled $5.3 million.  The business sector is also involved in joint research projects with faculty and staff.  Industry partners sponsored 12 projects in FY 2015 worth $1,499,438 or about 9 percent of total sponsored program funding. 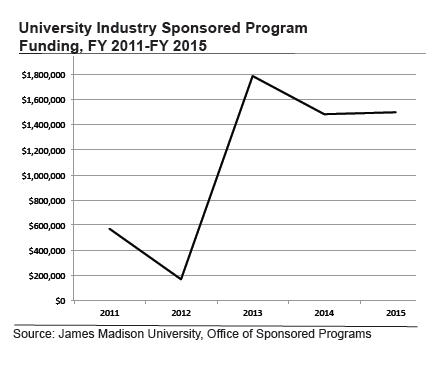 JMU is a significant provider for the workforce needs of Harrisonburg.  In 2014-2015, JMU graduated 4,951 students drawn from 107 programs.  The table below shows the top ten industries that 2014-2015 JMU grads are equipped for based on national occupational and industrial employment patterns. 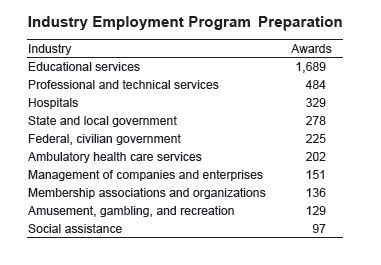 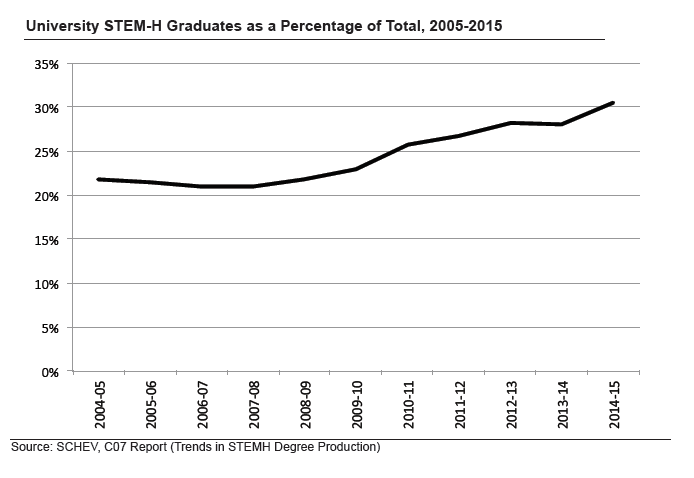 JMU is a large business, cultural, recreational, and entertainment attraction in the Shenandoah Valley.  Among JMU’s tourism resources are the Forbes Center for the Fine Arts which provides theater, dance and music programs; Bridgeforth Stadium and Zane Showker Field, a major football stadium with a seating capacity of 25,000; the Festival Conference and Student Center which provides conference space; the 6,400 seat Convocation Center which plays host to numerous events including basketball games, graduation, concerts and trade shows; and the Duke Hall Gallery of Fine Art which features visual art exhibitions. 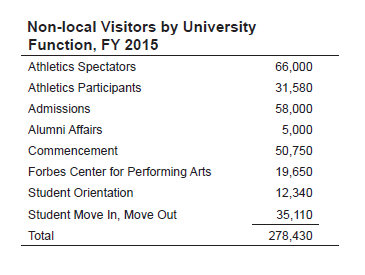 The City of Harrisonburg is grateful to James Madison University for commissioning and sharing the economic impact report.  To read the report in its entirety, please visit JMU’s website.